Ranked-choice voting allows voters to rank candidates in order of preference and eliminates the need to conduct separate runoff elections.

In March 2002, San Francisco voters adopted ranked-choice voting as an amendment to the City Charter, and it has been used in every local election since 2004.

The Department’s voting system allows voters to rank all available candidates in a given contest, up to a maximum of 10 candidates. For information about the voting system, which debuted in the November 5, 2019, Election, visit the Learn About the Voting System page.

Want to practice marking a ranked-choice contest with 10 rankings? Use the Interactive Ranked-Choice Voting Practice Ballot!

How do I mark my ballot with ranked-choice voting contests?

For contests that use ranked-choice voting, the names of candidates are listed in rows on the left side of a grid. Numbered rankings appear in the top row.

Voters can rank all available candidates in a given contest – up to a maximum of 10 candidates – using the columns on the ballot to indicate their choices. Voters may rank as many or as few candidates as they like. If voters do not want to rank some of the candidates, they can leave any remaining columns blank.

Although the voting system allows for up to 10 rankings in ranked-choice voting contests, the number of rankings listed on the ballot for an office will be based on the number of candidates running for that office. In other words, ranked-choice voting contests with 10 or more qualified candidates will have 10 rankings, while contests with fewer candidates will have fewer rankings.

To rank candidates on the ballot, fill in the ovals from left to right:

To vote for a qualified write-in candidate who is not listed on the ballot, write the person’s name in the space at the end of the candidate list and fill in the oval for the rank. 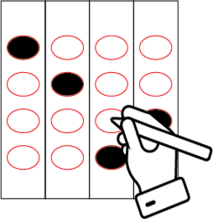 You may rank as many candidates as you like.
If you do not want to rank some candidates, leave columns blank. 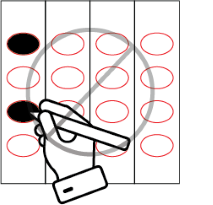 Do not fill in more than one oval in the same column. If you give the same ranking to multiple candidates, your vote in that rank and later ranks will not count. 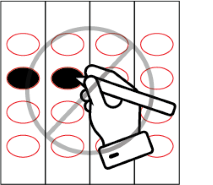 How does ranked-choice voting work?

Round 1
Everyone’s first-choice is counted. 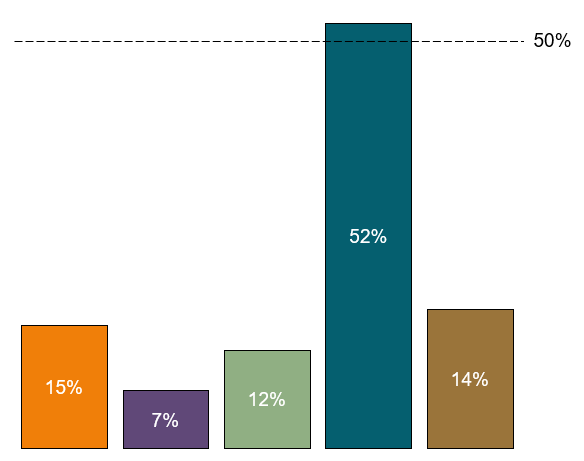 If a candidate receives more than 50% of first-choice votes, that candidate wins. 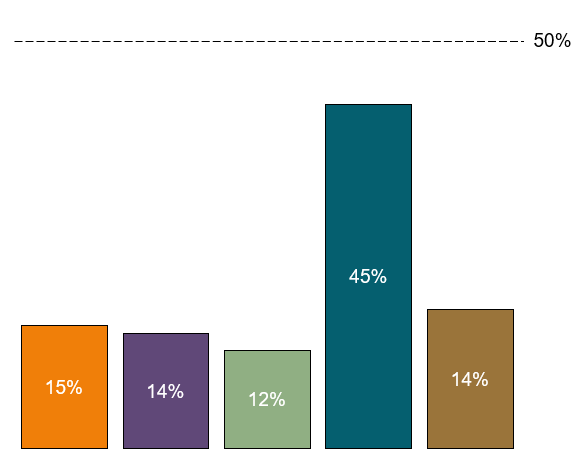 If no candidate wins in Round 1, counting goes to Round 2.

Round 2
The process of eliminating candidates begins.The last-place candidate is eliminated and voters who chose that candidate now have their vote counted for their next choice.

The votes are counted again. 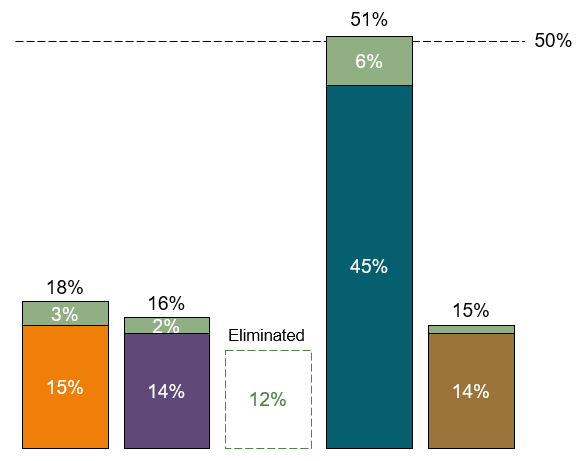 If a candidate receives more than 50% of the votes in Round 2, that candidate wins. 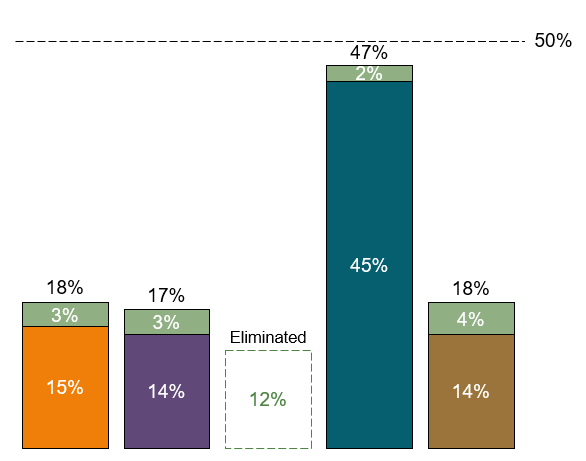 If no candidate wins in Round 2, the rounds continue until there is a winner. During each round, the last-place candidate is eliminated, and voters who chose the eliminated candidate will have their vote counted for their next choice.

How are my choices counted?

How votes are counted in Round 1
Only your vote for your first-choice candidate is counted.

How votes are counted in Round 2
The last-place candidate is eliminated.

Register To Vote By